There are, needless to say, an enormous number of stories and cases that come out in a given year. I don't intend to even attempt to give a thorough or fulsome "year in review" here, but I would like to revisit some of the things I've posted about in 2015.

In labour law, the year started off with a bang when the Supreme Court released Mounted Police Association of Ontario v. Canada (Attorney General) (which declared that workers have a right to join an independent union), Meredith v. Canada (Attorney-General) (which upheld a government-imposed rollback on wage increases for RCMP officers), and Saskatchewan Federation of Labour v. Saskatchewan (which recognized that workers have a constitutional right to strike and struck down Saskatchewan's essential services law). It's still not clear what impact these cases will have in the long term, though Alberta, at least, engaged in consultation on a new essential services law in October, to bring its law in line with the standards set out in Saskatchewan Federation of Labour.

The Saskatchewan government also introduced amendments to The Public Service Essential Services Act (the Act which had been struck down in Saskatchewan Federation of Labour) which have since been passed by the Legislature (though the new legislation isn't yet in effect). The Saskatchewan Federation of Labour seems to approve of the new law. A summary by employer-side law firm Macpherson Leslie & Tyerman is here; union-side lawyer Greg Fingas discusses the new law here. Perhaps the best summary, though, is this tweet from Eric Adams at the University of Alberta:


That said, MPAO, Meredith, and Saskatchewan Federation of Labour were really just completing the legal journey that began in 2007 with the B.C. Health Services case, and B.C. Health Services, while undoubtedly significant, didn't send Canadian labour relations flying arse-over-teakettle. But unions are undoubtedly more assertive in challenging labour legislation in court; unions in Nova Scotia, for instance, will be launching a Charter challenge against the recently-passed Bill 148, The Public Services Sustainability (2015) Act, which restricts, among other things, wage increases in the public sector. We can expect further challenges to labour legislation, but I suspect (as I've said before) that the overall impact of the 2015 cases will be relatively modest.

2015 ended with a bang, too, with much furor (including, apparently, death threats aimed at Premier Rachel Notley) over Alberta's Bill 6, The Enhanced Protection for Farm and Ranch Workers Act, which extends to paid farm workers similar protections as other workers under workplace legislation: occupational health & safety, workers' compensation, labour relations, and labour standards. Bill 6 recently received royal assent on December 11, 2015, but with the significant amendment that the new protections found in Bill 6 will no longer apply to family members or unpaid workers.

(As an aside, I posted a while back about Bill 6 and that post got some traffic from a forum where people were discussing the Bill. The question of OH&S and WCB coverage for farm workers in Saskatchewan came up. Someone kindly posted a link to this blog as a source of information, but with the comment that "...but it's not very clear." A  humbling reminder.)

Alberta farm and ranch producers with paid employees who are not the owner or related to the owner will be affected by Bill 6.


This means that family members can continue to contribute to farming operations as they always have, and neighbours can still volunteer to help each other out

Still, paid farm workers in Alberta will now probably have the most extensive protections of any jurisdiction in the country. (Though this will still be subject to regulations - which might limit the application of some provisions on farms.) As I mentioned back in November, in Saskatchewan we don't have mandatory WCB coverage for farms, nor are farm workers entitled to many labour standards. Ontario farm workers (including fruit pickers) can't unionize effectively under the misleadingly-titled Agricultural Employees' Protection Act. So it will be interesting to see how Bill 6 develops in 2016 as the Alberta government crafts its regulations.

Federally, the new Liberal government has blocked, and has promised to repeal, the intrusive (and likely unconstitutional) Bill C-377, which would have required unions to disclose publically (not just to their members) employee salaries, donations to political and social causes, contracts with businesses or other organizations, amounts spent on legal fees and strike support...the list goes on. Bill C-377 was, like the Conservatives' pointless fight over niqabs at citizenship ceremonies, a mean-spirited jab at people and groups that the Conservatives seemed to feel were good political targets. And like the niqab ban, it had effectively no practical value beyond, I suppose, rallying the Conservative base. Professor Adams, again, suggested that the legislation ran afoul of the division of powers between the federal and provincial governments (it's ostensibly a tax measure - federal jurisdiction - but intrudes into the regulation of all unions regardless of jurisdiction); others have suggested that it will undermine solicitor-client privilege (since unions would have to disclose legal fees and, likely, legal representation), infringe upon the privacy of union employees and those dealing with unions, and violate the Charter protections of freedom of association and freedom of expression. Prof. David Doorey pointed out that it singled out unions for greater and more detailed financial disclosure (and, again, public disclosure) than other organizations such as charities. Bill C-377 is a bloody mess, legally, practically, and constitutionally, and should have died the usual ignominious death of a private member's bill. Thankfully, it's on the way out.

Bill C-525, which would have made it harder to unionize (and easier to decertify, i.e. de-unionize) for employees under federal jurisdiction, is also on the chopping block.

But in Saskatoon, the dramatic labour dispute between city transit workers and the City of Saskatoon (said dispute being the impetus to start this here blog) ended the year not with a bang, but with (kind of) a whimper: the City of Saskatoon and Amalgamated Transit Workers Union, Local 615, came to an agreement on the compensation owed to the workers who had been illegally locked out. But they still haven't agreed on a contract.

And on a non-labour-related note:

Meanwhile, Trinity Western University's quest for a law school continues. In January, the Nova Scotia Supreme Court declared that the Nova Scotia Barristers' Society could not deny accreditation to graduates of a TWU law school. That decision is currently under appeal. Then, in July, the Ontario Divisional Court upheld the Law Society of Upper Canada's decision not to approve accreditation for any law school at TWU unless and until TWU revokes its "Community Covenant" (at least as far as law students would be concerned). That's currently under appeal, too.

Then, a couple of weeks ago, the B.C. Supreme Court quashed the decision of the Law Society of B.C. to refuse accreditation to TWU law grads. No word yet from the Law Society on whether it will appeal.

Regardless, it seems likely that TWU's journey will be to the Supreme Court - again - especially if the various Courts of Appeal come to contradictory conclusions.

And that's it! A brief and limited, but hopefully interesting, year roundup. I didn't get a chance to use Anti-Union Ogre in this post, sadly, so I'll have to settle for this. 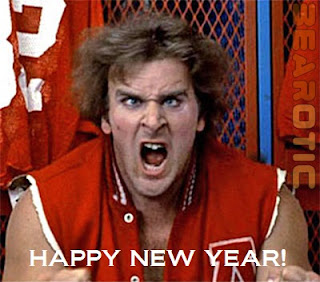